The armed standoff barricade situation rapidly reported from Pennsburg, Pennsylvania in Friday’s early morning hours is no longer a threat to the public but the story behind it is still developing. Please check back for updates as they are reported.

Residents of Pennsburg, Pennsylvania, in Montgomery County near Allentown, were awakened to bullhorns and a heavy police presence. The local Upper Perkiomen School District advised families with parents that bus service would be impacted for a “1 block radius” around the scene of the standoff.

#UPDATE We're told the barricade situation in #Pennsburg is over and the shelter-in-place has been lifted https://t.co/iMcF39QXw4

Initial reports indicated an “armed, barricaded person” had “prompted a heavy police presence.” Nearby residents were advised to shelter-in-place while police negotiators talked the suspect down.

He heard “what sounded like police negotiations.” That sounded like a newsworthy standoff to WFMZ, who promptly acted on the tip from their viewer and sent a crew to cover the exciting incident.

Once on the scene, reporters learned that state police had “spotted a man wanted out of Dauphin County.” They then observed him “going into a home on Jackson Street in Pennsburg around 4 a.m.” When they knocked on his door he decided to break out that hardware and barricade himself inside.

Police call that a standoff, and know better than to do anything hasty. They “blocked off surrounding roads, including part of Route 663, and issued a shelter-in-place.”

Residents in the immediate area weren’t as concerned for their safety as they were with getting to work and getting their kids safely to school. The Upper Perkiomen School District was quick to use their Twitter account to alert parents of what was happening. They first tweeted about the standoff noting the current police situation.

Update on situation in Pennsburg, as of 7:15am, the suspect is in custody and shelter in place around the residence has been lifted. Roads are being opened as quickly as possible and Route 663 has been opened for local traffic. Thank you for your understating and flexibility.

They noted the “barricaded armed subject” was “contained” in a residence but because of the shelter-in-place order, “there will be no bus traffic allowed on Jackson St, Washington St, 5th St and Perkiomen Avenue this AM.”

The district soon updated their followers that “Pennsylvania State Police has also closed Route 663 in the immediate area so please avoid that area if at all possible. Thank you!”

By 7:15 a,m. the standoff was over. “The suspect is in custody and shelter in place around the residence has been lifted. Roads are being opened as quickly as possible and Route 663 has been opened for local traffic. Thank you for your understating and flexibility.”

An official police statement confirms that the standoff ended when the “man was taken into custody shortly after 7 a.m., and the shelter-in-place was lifted.” They also note that “No one was injured.” The State troopers didn’t comment on “what charges the man faces in Dauphin County.”

They also aren’t talking about what charges he will now be facing in Montgomery County. More details are expected after police and prosecutors have a chance to sort out all the circumstances. Updates will be provided as they become available.

Trump Just Flipped Them ALL the Bird, and It’s GREAT

President Donald Trump has had enough of the elite class’ attempts to bully him, and he’s fighting back.…
byAnastasia Boushee

After Bombshell GA Hearing, Pallets of Pristine Ballots Are Seized and Shredded

Patrick Byrne, former CEO of Overstock.com has released a torrent of Tweets with video and images depicting pallet-loads…
byMatthew Holloway 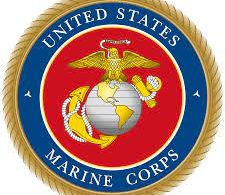 Thanks to former President Donald Trump, the United States Marine Corps is going to be receiving a class…
byAnastasia Boushee