It finally appears that Democrat leadership in the House has had enough of these radical Squad members.

After some very controversial comments by Rep. Tlaib (D-MI) about Israel were made, Rep. Nadler (D-N.Y.) and several other Democrats stepped up to call her out.

I would expect AOC and the rest of the crew to come to her aid, but Tlaib was just flat-out wrong.

Why Does She Hate Israel?

The comments that got everyone riled up by Tlaib were, “I want you all to know that among progressives, it becomes clear that you cannot claim to hold progressive values yet back Israel’s apartheid government.”

Nadler pushed back, stating, “I fundamentally reject the notion that one cannot support Israel’s right to exist as a Jewish and democratic state and be a progressive.”

That comment was so bad, even another progressive in the House on the Dem side called out Tlaib.

Rep. Ritchie Torres (D-N.Y.) stated, “By every metric, Israel is a profoundly progressive country and enterprise, and that’s a message that needs to be driven home here in American politics.”

He continued, “We have to be willing to speak out against the antisemitism in our own backyard.”

Tlaib and company despise Israel, which just happens to be our most important ally in the Middle East.

I am just looking forward to AOC chiming in and stirring this pot.

This will get ugly, and we get to sit back and watch the show!

The GOP has a new plan: they are going to fly planes right to Joe Biden’s doorstep so…
byStaff Writer
No comments 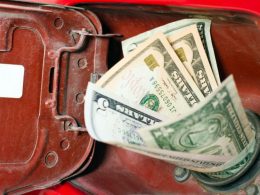 Regardless of currently paying record-high gas prices last month, many Americans anticipate rates to get back at worse,…
byStaff Writer
No comments

Attorney General Ken Paxton is possibly in big trouble, and the reason why just might be very surprising…
byStaff Writer
No comments 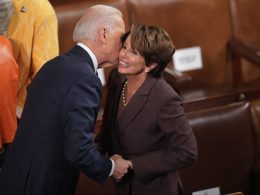 In yet another cringe-worthy Joe Biden moment, the former vice president awkwardly discussed his love for Speaker of…
byStaff Writer
No comments