In a shocking new video released by Project Veritas, the publication’s founder and lead journalist James O’Keefe has left many stunned at the obscene lengths the Biden-Harris regime is willing to go to in order to protect the Biden family from embarrassment. Based on O’Keefe’s statement, given at great personal and professional risk, in defiance of a request for the DoJ, we can confidently say that the Department of Justice has been weaponized by this administration to serve as Joe Biden’s personal enforcers. The implications of the early morning FBI Raid on Project Veritas Journalists are horrifying. And it all started with Ashley Biden’s diary.

In a statement on ProjectVeritas.com they explain,

“[A]partments and homes of Project Veritas journalists, or former journalists, had been raided by FBI agents. It appears the Southern District of New York now has journalists in their sights for the supposed “crime” of doing their jobs lawfully and honestly. Or at least, this journalist. I had to think long and hard before making this statement. It’s a decision that only I can make. They don’t want me to defend myself and immediately tried to silence me. ”

According to O’Keefe, the language of the subpoena issued to Veritas contained the following veiled threat,

Funny enough though, even with all of that threatening language in the subpoena, apparently The New York Times managed to get tipped off to the raid at a journalists’ home almost immediately after it happened. O’Keefe wrote, “Within an hour of one of our reporters’ homes being secretly raided by the FBI, The New York Times, who we are currently suing for defamation, contacted the Project Veritas reporter for comment. We do not know how The New York Times was aware of the execution of a search warrant at our reporter’s home, or the subject matter of the search warrant, as a Grand Jury investigation is secret.”

The Times almost immediately published a piece with a sense of glee that bleeds through the lines of text implying that another company that published contents leaked from the diary from persons unknown is tangentially related to Veritas and O’Keefe. To say it’s a stretch is overstating it, check this out:

“At one point, Project Veritas relied on a former British spy named Richard Seddon to help train its operatives, teaching them espionage tactics such as using deception to secure information from potential targets. Flyover Media, the company that owns the website that published the pages from the diary, is registered to the same Sheridan, Wyo., address as Mr. Seddon’s company, Branch Six Consulting International. Mr. O’Keefe, the founder of Project Veritas, was once the president of a company that later registered at the same address.”

It’s notable that ‘the Gray Lady’, ‘all the muck that’s fit to rake’ aka The New York Times is currently having the ever-loving, metaphorical pants sued off of them for libel by Project Veritas. A libel suit that made global headlines when the NYT moved for dismissal and was curtly denied by the Judge. But no, they’re definitely being objective.

James O’Keefe spun the twisted tale of an overly convenient seeming evidence drop that Veritas couldn’t confirm and therefore didn’t publish. He explains that Veritas was contacted by an anonymous tip claiming they had a copy of Ashley Biden’s diary which contained information about then-Presidential candidate Joe Biden. Naturally, a group of journalists without scruples would’ve scooped it up and run with it immediately, but Veritas showing their chops held back and didn’t publish the material since they couldn’t validate the origins of the diary.

“We investigated the claims provided to us, as journalists do. We took steps to corroborate the authenticity of the diary. At the end of the day, we made the ethical decision that because, in part, we could not determine if the diary was real, if the diary in fact belonged to Ashley Biden, or if the contents of the diary occurred, we could not publish the diary and any part thereof.”

According to O’Keefe, they tried to give it back to an attorney for Biden, and that they later gave it to law enforcement.

In a video report of the FBI’s exceedingly shady raid, O’Keefe said, “The FBI took materials of current and former Veritas journalists despite the fact that our legal team previously contacted the Department of Justice and voluntarily conveyed unassailable facts that demonstrate Project Veritas’ lack of involvement in criminal activity and/or criminal intent,” This has every hallmark of a politically driven witch-hunt or at the very least a devoted effort to intimidate the Project Veritas team and O’Keefe. But as they say: “If you’re catching flak, you’re probably over the target”. Either that or you’re the next target of an FBI raid. 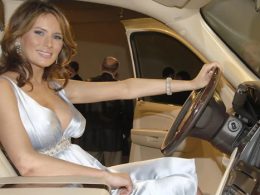 Melania Trump in Some of the Most SMOKING HOT Outfits EVER 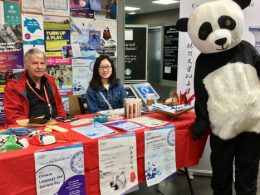 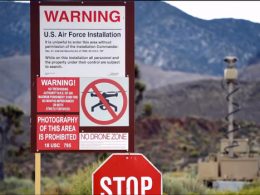 A famous pair of nesting bald eagles living in Southern California have laid two eggs. The hatching of…
byAnastasia Boushee