China must be stopped and a pair of lawmakers from both sides of the political spectrum teamed up to do what must be done. The communist nation has a stranglehold on a list of ultra-critical minerals which we really need to have a domestic supply of.

China must be stopped

We have to end our dependence on China for the raw materials we require in domestic manufacturing and for national security. Lawmakers Lance Gooden, a conservative and Vicente Gonzalez, a Democrat, buried the hatchet long enough to work out a strategy for regaining American independence.

Their proposed legislation “would create permanent tax incentives for the mining and recycling of critical minerals in the U.S.”

The reason that thieves are targeting catalytic converters so hard lately is because they’re full of things which are a lot more expensive than gold.

Those “rare earth” elements along with industrial standbys of lithium, graphite, and cobalt, “are used in everything from military equipment to renewable energy and batteries.” It is high time we started mining as much of that right here at home as we can to end our reliance on China for things crucial to our defense.

Republicans are a lot more concerned about the issue than the vast majority of Democrats but some of the smarter ones in the imperial faction realize that the United States is totally reliant on China and other global adversaries for 14 of the 35 minerals which the Interior Department considers “critical” for our needs.

The proposed bill would set up a program to pass grant money from the Interior Department into “pilot projects to produce critical minerals.” They want to pony up “$50 million each year for three years starting in fiscal year 2022.” We have to do it.

“Our capacity to manufacture essential technology for our national defense and economic prosperity will remain in danger as long as we remain dependent on China,” Gooden relates.

Last year, Gooden and Gonzalez tried a similar measure which had backing from Texas Senator Ted Cruz, who introduced related provisions to the Senate. He hasn’t been asked about continued support for this years version yet.

Republicans have been working on the issue for years but Joe Biden and his green schemes are poised to undue all the gains already made. He has given China even more power over our supply lines since he usurped office.

The House Natural Resources committee is well aware of the urgency so “reintroduced legislation that would speed up the permitting process for critical minerals mines.”

It would also “bar the interior secretary from blocking critical minerals mining on federal lands and in federal waters without the approval of Congress.” Hopefully that will prevent China from chopping off our stockpiles just when we need them the most. It will also put Americans back to work making things in America for America.

Dad Brings Home the Wrong Fried Chicken, Son Attempts to Murder Him for It

In Joe Biden’s Democrat run version of America, it’s perfectly acceptable to waste your old man because he…
byMark Megahan 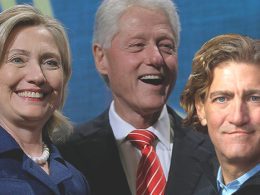 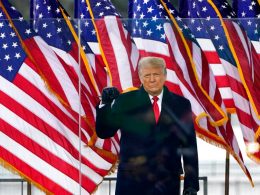 After it was revealed that President Trump was blocked from using social media platforms Twitter and Facebook, the…
byAnastasia Boushee