The Imperial Palace is scrambling to get in front of fresh allegations of yet another Biden family pay-for-play scheme. Joe’s son-in-law is under the microscope this time after details of possible corruption came to light. Howard Krein is being paid to “leverage” his “relationship.”

It’s been widely reported by conservative outlets that Hunter Biden and Joe’s Brother James were well paid by Ukraine, Russia, and China to broker meetings with the “big guy” while he served as Barack Obama’s flunky. Hunter is under criminal investigation. That’s only the tip of the the family corruption iceberg.

Hunter’s laptop had all sorts of juicy details of how James Biden told hedge fund investors “We’ve got people all around the world who want to invest in Joe Biden.” James is now under criminal investigation. The day Joe officially usurped office, Frank Biden, another of Joe’s brothers, “released an advertisement that proclaimed his links to the new administration.” He will soon be under investigation.

The latest evidence of Biden family corruption comes from a health technology venture capital firm run by the Imperial Leader’s son-in-law Howard Krein. They’re up for the contract to “track the government’s COVID-19 vaccine effort.” Nothing like cashing in on inside information. Ashley Biden’s husband is the chief medical officer for “StartUp Health.”

Left-leaning ABC News reported on Tuesday that Krein and his company were “tapped by Yosi Health CEO Hari Prasad to connect the software developer with government officials.” Hmmm, isn’t that illegal?

“Our goal with StartUp Health is to leverage their relationships and work with state and federal agencies.” Starting with the Imperial Palace. No there’s no possible way that could be corruption.

Already on the payroll

Even before he was selected as Imperial Leader, Joe Biden was happy to serve as “an active advocate
for StartUp Health.” While second in command to old big ears, “he brought company leaders into the White House for an Oval Office meeting” with Obama. He also “made his support for the company very public.”

Joe was thrilled to tell the 2018 StartUp Health Festival in San Francisco, “changing the culture to vastly expand cooperation. That’s what attracts me to Startup Health — not just my incredible admiration for my son-in-law.” The cash probably helped but they keep quiet about that because it would be corruption.

Biden has nothing but glowing praise for the man sleeping with his daughter. “[Krein] is one of the finest men I’ve ever known in my life, and when a father-in-law says that you know it means something.”

Krein was also “an adviser” to his father-in-law’s presidential campaign. Nobody on the liberal side of the aisle seems to mind the obvious corruption and conflicts of interest. Things are different on the conservative side.

According to Meredith McGehee, executive director of Issue One, a nonpartisan ethics watchdog, “Howard Krein is playing with fire. If he gets too close to that flame — if he is trying to either cash in on his relationship with the president, or he is trying to influence policy — the flame is going to get him. And it is not worth it to him or to Biden.”

Johannes Lenhard points out that the corruption goes a lot deeper than people even realize. “The question going forward will be what Krein learns about the federal COVID-19 response plan before the general public knows the details and how he shares that information.” The beltway is full of intrigue. “This whole world is based on insider knowledge, and the information is not equally distributed.” 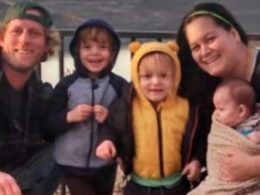 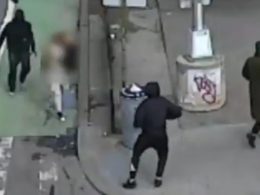 They FAILED Citizens, and Now THIS Shows Street Justice Beginning to Take Shape

In New York City, locals simply take justice into their own hands. Police officials have become such failures…
byMark Megahan 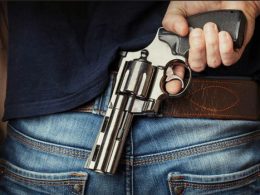 South Carolina can’t trust Joe Biden and his cronies any further than they can throw a fit. State…
byMark Megahan