In the State of Washington, a non-profit organization which provides social services evicted a foster family in order to allow a family of illegal immigrants to move into their home. The non-profit in quetion: Kirkland-based Friends of Youth (FOY) own the home in Renton, WA called “The Howard House” according to 770 KTTH, until quite recently this was the home of Edmundo Sanchez and his family.

“The group removed Edmundo Serena Sanchez, his wife, and their four teenage foster kids from the home. FOY is turning the residence into a group home for migrant children. FOY says on a FAQ page that they made the decision to evict once more than $400,000 in federal funding was awarded for six months of the new program’s operation.”

Edmundo told Fox News, “Two of the managers of the agency I work for … came to the house and they gave me a letter saying that I have 45 days to leave the house,” he said.

Friends of Youth claims that this decision wasn’t motivated by money at all but State Rep. Michelle Caldier (R) doesn’t trust it. “I hate to say it, but my first response was that that they were getting more money, probably, for these refugees than they were getting for foster kids,” Caldier told the Jason Rantz Show on KTTH. “They were chasing the money, and it’s disgusting. It’s absolutely disgusting.”

Jason Rantz told his audience during the Jason Rantz show, “[foster children] are incredibly vulnerable. They are going into this state already traumatized because of the situation that led them to foster care. And any time they have to go from a home to a home to a home puts them in further trauma. It is a soulless position to do that to these kids.”

Mr. Sanchez told reporters that his foster children were inconsolable over the eviction. One of the teenagers was hospitalized due to a panic attack, another ran away from the home and hasn’t yet returned. Likely that child will become another statistic runaway turned homeless.

FOY claimed that while this is a new program, they won’t be getting any more money. But even if they aren’t getting  a dime more, this is still a despicable decision. It’s a sickening story of  twisted motivations driven by the politics of the day. Where it is far more valuable for a non-profit to virtue signal that they house migrant children, rather than housing an American foster family. It’s horrifying that the Biden Border crisis can claim victims even in Washington State far, far from the Rio Grande. 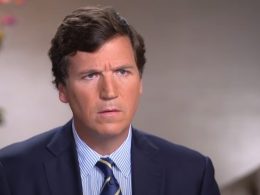 For the last week, I have been hammering House Speaker Nancy Pelosi (D-CA) over her headline-grabbing move to…
byStaff Editor
No comments

The Ohio chapter of CAIR fired their Executive and Legal Director, Romin Iqbal, when they found out he’s…
byMark Megahan
No comments

As controversy continues to rise over the Covid shots, when it comes to minors and elites telling them…
byAmalia White
No comments