Tucker Carlson spoke on his show Wednesday night about a trove of documents that disappeared in transit, which implicated Joe Biden in his son’s foreign business deals.

Carlson says that his team had sent documents via an established courier from his main studio in Manhattan to Los Angeles, where he was staying at the time to conduct an interview. According to Carlson, no one was able to explain where the documents had gone, and he did not say whether any copies had already been made.

The Fox News host did not give any details about the contents of the documents, but did say that they were ‘confidential documents related to the Biden camp’ that came from ‘a source’.

“We believe they are authentic and, at the time we received them, my executive producer and I were in Los Angeles talking to Tony Bobulinski,” he said, referring to Hunter Biden’s business partner.

“So we texted a producer in New York and asked him to send us those documents to LA,” Carlson continued.

‘Monday afternoon this week, he shipped the documents overnight to California with a large national carrier, a brand-name company that we’ve used, you’ve used countless times… But the Biden documents never arrived in Los Angeles.’

Carlson then said that on Tuesday morning, the day of his interview with Tony Bobulinski, he received word from the shipping company that the package “had been opened and the contents were missing.”

At 3:44 a.m. on Tuesday, someone inside the courier company noticed that the package had been opened, and its documents were gone.

“The documents had disappeared,” said Carlson.

The courier company, “to its credit, took this very seriously” and investigated, according to the Fox News host.

Carlson said that they traced the envelope until 3.44am on Tuesday, when the employee at the sorting facility in another state noticed that the package was ‘open and empty’.

The Fox News host explained: “The company security team interviewed every one of its employees who touched the envelope we sent. They searched the plane, and the trucks that carried it; they went through the office in New York where our producers dropped that package off, they combed the entire cavernous sorting facility, they used pictures of what we had sent, so the searchers would know what to look for.  They went far and beyond, but they found nothing. Those documents have vanished.”

He said he spoke to executives at the courier company, who seemed “baffled and deeply bothered” by the situation.

“And so are we,” Carlson concluded. 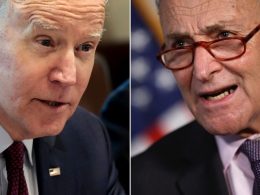 There are two ways to look at the report you are about to read. This was either a…
byStaff Editor
No comments 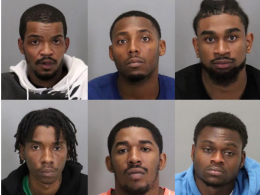 6 Obama thugs were charged with hate crimes, and this just goes to show you that Obama’s corrupt…
byStaff Writer
No comments 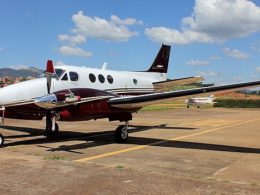 FIRE PLANE DOWN: Tragedy In Arizona

Tragedy has struck the Arizona Firefighting community once again. State officials have confirmed that a Fire Plane crashed 14…
byStaff Writer
No comments