One of the biggest punchers in the history of boxing is no longer with us.

He also happens to be an icon from what is one of the best periods of the sport.

Ernie Shavers passed away earlier this month, only one day removed from his 78th birthday.

Shavers had some of the heaviest hands in the sport.

In 90 professional fights, he knocked out his opponent 69 times, winning 75 of his fights.

He never won a championship, but he put a big scare into two of the most recognized boxers in the sport’s history.

It took Muhammad Ali 15 rounds to get past Shavers when they fought for the title in 1977.

When Shavers fought Holmes, Holmes had to pick himself up off the canvas in the 7th round to defeat Shavers and take the belt.

The man was a beast…

Yet, when he walked out of the ring, he was about as pleasant and easygoing as one could be.

Former New York State Athletic Commissioner Randy Gordon stated, “He was one of the nicest guys in the world, until he got into the ring and tried to take your head off.”

Had he come up at a different time, Shavers would have more than likely had a belt around his waist, but he had the misfortune of being a fighter during the true glory days of the sport.

One of the greatest rock bands of all time could be getting back together real soon, but they…
byMark Megahan
No comments 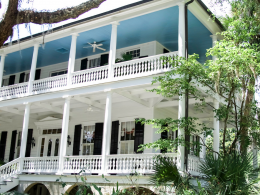