Upon becoming aware of the social studies lesson about transgenderism, parents of middle schoolers in New Jersey were infuriated.

The video, entitled “Ten Years on Testosterone,” goes into detail regarding the transition of LGBT activist Aydian Dowling through hormone injections.

Dowling states in the video after injecting testosterone:

“You can build up the courage to stand up for yourself in a way that this is what you want to do with your life.”

The Washington Free Beacon reported on further details of this story:

Dowling later spoke at a school-wide assembly as part of the school’s “Stories Of Adversity & Resilience Program,” about which administrators notified parents ahead of time, giving them the option to opt out their children. Concerned parents flocked to a school board meeting last Thursday, where board members admitted parents should have similarly been informed about the hormone therapy video.

“I felt as if I was blindsided,” Loren Malfitano, whose two sons were shown the video, told the Washington Free Beacon. “They’re learning about this ideology of gender before they even have classes on the actual biologies of males and females.”

The tension over sex education in New Jersey is one of many examples across the country where concerned parents battle public schools over radical gender and sexuality curricula. Florida received national attention in March after the state legislature passed a bill that bans lessons on sexual orientation and gender identity in K-3 classrooms.

The Washington Free Beacon also noted in their report that, upon reaching out, the school’s superintendent refused to comment on the matter.

The Ohio chapter of CAIR fired their Executive and Legal Director, Romin Iqbal, when they found out he’s…
byMark Megahan
No comments 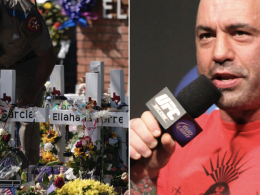 Joe Rogan has weighed in on the heated, controversial debate of exactly how to prevent gun-related violence and…
byStaff Editor
No comments