Concerns are spreading that Democratic vice presidential candidate Kamala Harris may have been violating election law on Saturday as she gave a last-minute pitch to voters standing in line to cast early ballots.

Harris was caught on video stopped outside the Cuyahoga County Board of Elections in Cleveland, where voters stood in a long line on the first day of early voting in Ohio.

“Thank you for voting and voting early. Your vote is your voice, your voice is your vote. There is so much at stake. Don’t let anyone ever take your power. The power of your voice is so important. You are going to make the difference,” Harris said.

.@KamalaHarris’ next stop us outside the @cuyahogaboe where there’s still a huge line of people waiting to early vote. pic.twitter.com/tqqUcj1YPL

Harris seemed to see nothing wrong with this, as she even shared the video on her official Twitter account:

We the people have the power at the ballot box. Thanks for a great day Ohio! pic.twitter.com/wWsSwTuD8n

“You are going to make the decision about your future, about your family’s future. It is through the voice of your vote. And you have the power — the power is with the people. And you know that. That’s why you’re standing in this line today, and I just came to say thank you. Thank you,” Harris added.

Although the speech did not explicitly contain partisan rhetoric, it sparked concerns of electioneering. Electioneering refers to the visible display or audible dissemination of information that advocates for or against any candidate or measure on the ballot within 100 feet of a polling place, a voting center, or an elections official’s office.

Tom Fitton of Judicial Watch said that Harris had her toes on the line of violating election laws that make polling places a safe space from political interference.

“If Sen. Harris is within 100 feet of the polling place entrance, than she would be in violation of Ohio law that prohibits such electioneering. (Candidates also are not allowed to be within 10 feet of voters on line, fyi.),” Fitton tweeted.

If Sen. Harris is within 100 feet of the polling place entrance, than she would be in violation of Ohio law that prohibits such electioneering. (Candidates also are not allowed to be within 10 feet of voters on line, fyi.) https://t.co/YimA4MFf32

Others shared Fitton’s view that Harris may have violated the law, including leftists:

Cue federal election commission to @KamalaHarris the dirty rotten scoundrel who has been showing up and electioneering at #VoteEarly lines. Illegal 💯

Kamala Harris was not the only politician campaigning in Ohio on Saturday. President Trump was also speaking in the state, voicing optimism that the election results in Ohio, and in the nation as a whole, would go his way.

“We’re going to have a great red wave… It’s going to be a red wave like you’ve never seen before, because people are tired of looking at the anarchists and all of the things taking place in Portland, Chicago, New York, with crime. They’re tired of it,” Trump continued.

“But you’re going to have a red wave the likes of which you haven’t seen. And everybody knows it. And they — you know, I don’t think they’re doing very well. They have no enthusiasm,” the president added.

Trump also said that crowd size alone is showing that he will win in November.

“Look, Obama shows up for a speech, and nobody shows. What did he have yesterday? Thirty-two people showed up? We’ve got 35-, 40,000 people half the time. What’s my smallest crowd been? Twenty thousand, twenty-two thousand people?” Trump added. 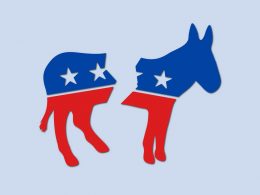 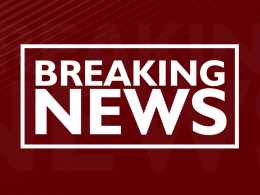 With Impeachment Looming Overhead, Gov Whitmer Doubles Down With Full on Dictatorship

Governor Gretchen Whitmer of Michigan has doubled down with restrictions that smack of dictatorship, even with her impeachment…
byMatthew Holloway

A large group, who can’t deny they are affiliated with Antifa because they were carrying the flags and…
byMark Megahan