America’s Imperial couple, Joe and Jill Biden, got busted recently trying to upstage Queen Liz. Now the whole world knows how big of an idiot Joe Biden is. Just because “Emperor” is higher up the power ladder than Queen, His Wisdom thought he could get away with arriving fashionably late. He thought wrong.

Joe studied but not for that

Jill Biden was so proud of her husband at the G7 economic summit, which was held in England this year, that she babbled incessantly to reporters about how our Imperial Leader studied for the G7.

At the economic conference, Jill declared, he’s “been studying for weeks working up for today. He knows most of the leaders that will be here. Joe loves foreign policy. This is his forte.” It seems that he must have ditched class on royal protocol.

The very first chance they had to meet with Queen Elizabeth, Joe and Jill blew it miserably. Everybody knows, except the Bidens that is, that “members of the royal family should be the last ones to arrive at an event, and the first ones to leave it.”

Especially when the royal family member is the Queen. When they were to attend a special reception, “the Bidens arrived at the reception a few minutes after the Queen did.” That’s a huge blunder, royal experts explain.

According to British professional coaching company Debrett’s, it is “correct for everyone to arrive before the royal personage and protocol rules that no guest should leave an event before a member of the Royal Family.” That means the way Joe did it was “incorrect.” There’s only one exception to the strict rule.

“The only time that the Queen does not follow this rule is on wedding days, when she allows the bride to arrive just after she does.” Queen Liz notably “also abandoned this protocol to honor Winston Churchill on the day of his funeral, when she arrived at St Paul’s Cathedral, where the wartime Prime Minister’s funeral took place, before both his family and his coffin.” Suddenly the Bidens think they’re better than Churchill. 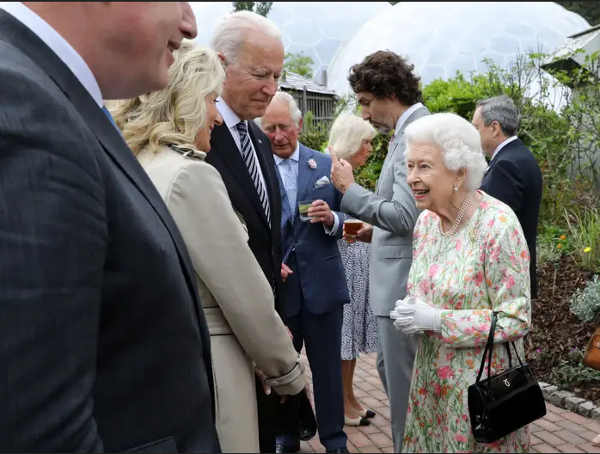 There wasn’t a whole lot she could do about being upstaged by Joe and Jill Biden, so Queen Elizabeth shrugged off the snub by ignoring it. Besides that, she’s getting used to the barbarian ways of visiting Democrats.

“Despite the fact that the Bidens broke the protocol, the Queen was still all smiles when she met with them.” Back in 2009, Mike Obama “famously broke protocol by putting her arm around the Queen.”

Even though the monarch told her “not to worry about it,” she worries about it. “So I had all this protocol buzzing in my head, and I was like don’t trip down the stairs and don’t touch anybody, whatever you do.”

She just couldn’t help groping the Queen. Always the diplomat, trained in the intricate ins-and-outs of palace protocol since she was a toddler, the Queen made the best of it. She did the same for Joe and Jill.

She’d already been molested by Obama’s questionable companion so why bother complaining. “And so the Queen says ‘just get in, sit wherever’ and she’s telling you one thing and you’re remembering protocol and she says ‘Oh it’s all rubbish, just get in.'”

Too late anyway so don’t make it worse. Joe will find some way to make it worse, most Americans feel certain.

A veteran’s daughters violated the school dress code, and now this man is ready for a complete and…
byStaff Writer
No comments

Rep. Dean Phillips (D-MN) just made it quite clear where he stands on Joe Biden. Phillips delivered a…
byAnthony Smith
No comments 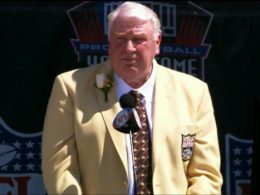 You Will Not Believe What Madden Left Behind

The NFL’s most legendary coach and broadcaster: John Madden passed away at his home unexpectedly at the age…
byStaff Writer
No comments 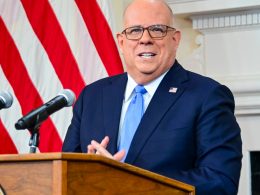 Maryland Governor Larry Hogan, a Republican, and other legislative leaders have agreed to a suspension of the state’s…
byStaff Writer
No comments