Several times this week she has snapped at reporters over questions regarding the GOP governors being nice enough to transport illegal immigrants to sanctuary cities.

The beauty of this is that every time she opens her mouth, she actually criticizes this administration’s earlier actions.

During a recent presser, when asked about the situation, Jean-Pierre responded, “While we’ve been focused on the things that matter to the American people, Republicans have spent this week sowing chaos and division, engaging in cruel political theater and working to roll back rights and benefits that Americans have enjoyed for generations.”

She continued, “They used them as political pawns — treated them like chattel in a cruel, premeditated political stunt.”

There is a difference, however.

You see, the GOP governors are only taking volunteers that want to go to these cities.

When Biden moved migrants in the middle of the night, they forced them on the planes.

Migrants even thanked Governor DeSantis for giving them a lift to Martha’s Vineyard.

Even so, the liberal horde lost its mind.

Funny how I did not hear that same outrage when MV officials loaded those same migrants onto buses and shipped them off to a military base.

Again, can someone please tell me what the difference is?

Two Cities Have the Highest Inflation Rates.. And Dem Senators

Inflation is devastating homeowners of Phoenix and Atlanta, and they have their Democratic senators to thank for it.…
byStaff Writer
No comments

Wednesday, January 6, 2021, will be a crucial day in American history. “Morale is high” for the fight,…
byMark Megahan
One comment 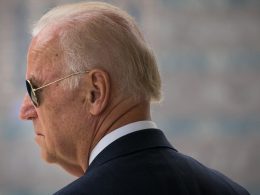 There is a video going around of Joe Biden after a tree dedication ceremony. There are a few…
byStaff Editor
No comments