Fauci Gets Caught on HOT MIC

White House chief medical advisor Dr. Anthony Fauci was caught on a hot mic while speaking before a Senate Health Committee hearing on January 11th, testifying about the Biden administration’s response to the COVID-19 pandemic.

Fauci, who is also the director of the National Institute of Allergy and Infectious Diseases (NIAID), and Dr. Rochelle Walensky, the director of the Centers for Disease Control and Prevention (CDC), were called before the Senate Committee on Health, Education, Labor and Pensions to testify regarding the Biden administration’s response to the recent surge in coronavirus cases across the country.

While Fauci is used to being asked softball questions and being fawned over by the mainstream media and Democrat politicians, Republicans are not so nice to the career bureaucrat, and it appears to hurt his very fragile ego. Every time he is critiqued or questioned in any serious fashion, he gets flustered, and often hostile. This is evidenced every time he goes up against Senator Rand Paul, who is also a doctor, in Senate hearings. Paul often pushes Fauci to the point where the NIAID director stutters and stammers, and even gets caught in a lie.

In this case, he decided to mutter under his breath. Unfortunately for him, it was caught on a hot mic.

After Senator Roger Marshall (R-KS) pressed Fauci on the accessibility of his financial disclosures, the career bureaucrat could be heard calling the senator, who is also an obstetrician and gynecologist, a “moron.”

Marshall fired back at Fauci in a statement released later that day, calling him “the least trusted bureaucrat in America” and calling on him to provide the “truth” and “facts” to the Senate regarding his financial disclosures.

Calling me a moron during a Senate hearing may have alleviated the stress of the least trusted bureaucrat in America, but it didn’t take away from the facts. We need the truth Dr. Fauci! pic.twitter.com/GyfdppfNgn 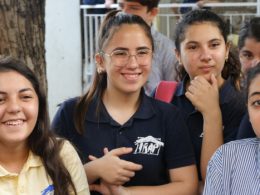 Report: PFAS Raining Down from Above, Researchers Release High Report

She is Ready to Kill Americans