In the Democrat lawlessness of today’s Minnesota frontier, instead of the OK Corral, the bloody shootout took place at the Seventh Street Truck Park bar. The only one killed was an innocent young “woman in her 20’s.”

Because police aren’t allowed do to their jobs in St. Paul, Minnesota, the anarchists are raising hell all over the place. Mayhem is the “new normal.”

So far, local liberals are in denial as to how bloody the formerly peaceful streets have become. They haven’t reached the point of armed vigilante patrols to pick up the slack yet but they’re starting to think about it.

Early Sunday morning, October 10, “several people fired gunshots” inside a busy bar. All police have to say about the bloody gun-play is that “it’s not yet clear what led to the shootout.

Three arrests have been made but that’s only because they were wounded in the battle and were cuffed to their beds at the ER. This headline is from 2021 but if the reader didn’t know better, it would sound like 1851. Thanks to democrat leadership, we’re back to “the thrilling days of yesteryear.” Send in the Lone Ranger!

Along with the single fatality, authorities state, without making any big deal about it, 14 other people were left wounded. It was a typical night at the Seventh Street Truck Park bar. Shortly after midnight, things turned bloody.

“We have a very busy bar, a lot of people just enjoying themselves and then we had a few individuals who decided to pull out guns and pull the trigger indiscriminately, with no regard for human life.”

Prosecutors will set them free

The fact is that the lawless criminals were confident that if they did happen to get arrested, the progressive prosecutors will set them free. There won’t be any consequences for the killer, who has not been identified. That’s not the same for the bloody victims and their families.

Police spokesman Steve Linders thinks “about the poor woman who was just out enjoying herself. One minute she’s dancing, smiling and laughing, and the next she’s dying in friend’s arms. It’s nothing short of a tragedy.” The mass shooting isn’t a real big deal, cops say, because all ” of the other people who were shot are expected to survive.”

Police had no clue there was any bloody trouble to expect. The Seventh Street Truck bar “is in an entertainment district just south of the Xcel Energy Center, where the NHL’s Minnesota Wild play.” It’s a popular area. The establishment itself isn’t known as a wild place for wild people. At least not until now.

“It’s just not on our radar as a spot where we see this type of thing.” Generally, they “don’t see this type of thing anywhere.” Well, they didn’t until George Floyd got murdered at the hands of cops in Minneapolis. Now, no cop in Minnesota can arrest a person of color. Not without miles of paperwork and years of civil rights discrimination lawsuits.

They were all taken to the hospital and are eventually expected to recover. Physically, that is. Mentally, they’re going to have scars from the trauma the rest of their lives. 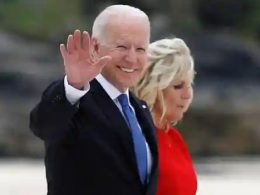 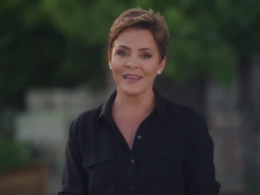 She Left Fox for “Liberalism”, Now She’s Running For Governor to End It

After leaving Fox News thanks to the network’s steady descent into “liberalism,” a former anchor has just announced…
byAnastasia Boushee