Beware: Elise Stefanik Moneyman Is Not a Patriot

America First conservatives squared off to battle over Liz Cheney and her spot in party leadership. They successfully dragged her out of the position of honor which she occupied under false pretenses as the House Republican Conference chair. The “right” side won that battle but the war is another story.

Elise Stefanik is just another Democrat wolf in Republican clothes. If Republicans don’t get serious about removing renegade RINOs from party rosters now, they will fade into the history books next to the Whigs and the Federalists. Cheney needs to be kicked all the way out of the party in disgrace.

Standing behind the success of Ms. Stefanik is “multibillion-dollar money-man” Paul Singer. Founder of hedge fund Elliott Management, his money “propped up the political bids of several Republican women who rode the gender card to victory.”

The idea is to install Democrat sleeper cells in the GOP to be activated as the need arises. The higher up the food chain they make it, the better. Mitt Romney is a perfect example.

Arizona conservatives, mostly independents and Libertarians, put the AZGOP on notice years ago that as long as they nominate Democrats, then Democrats will be elected. Not one in disguise hiding behind an “R” though. If Arizona must have a Democrat in a particular seat, they want one who at least admits it. In this case, they ended up with two DINOs in the Senate. Both Kyrsten Sinema and Mark Kelly seem more conservative than their replacements and their opponents.

A little bit of digging in the public records shows that Paul Singer funded a lot more than the campaigns of Stefanik and her kind. He also funneled funds to the Washington Free Beacon by the truckload.

That’s supposed to be a “conservative” outlet serving up news to a right-wing audience. It’s actually run by “Trump-hater Bill Kristol’s son-in-law, Matthew Continetti.” The Beacon was also tapped to be the Hillary Clinton cut-out, hiring “the Fusion GPS opposition research outfit to compile the infamous Trump dossier.”

Singer couldn’t wait to pack up $1 million for fudge-packing Utah RINO Mitt Romney when he ran against Barry Soetoro, aka Barack Obama, aka the Kenyan, in 2012. Somehow, Romney managed to lose. Singer also handed a cool million to “Karl Rove’s Super PAC in 2014, and $1 million for the failed 2016 presidential bid of pro-illegal amnesty shill Sen. Marco Rubio.”

Singer throws money at everything from gay marriage to common core. He’s probably behind the 1619 project too. What do you expect from someone who backed Jeb Bush, and amnesty for illegals as a supply of cheap labor. He backed a winner this time with Stefanik because she just got greased into the number three slot in Republican leadership.

Singer isn’t the only one standing in the shadows behind Elise Stefanik with bank accounts which could fund a country’s annual budget. Singer helped fund the National Immigration Forum along with fellow hedge fund billionaire George Soros.

Together they propped up a faux “grassroots” initiative of religious conservatives, dubbed the Evangelical Immigration Table. Also in on that was “far-left attorney Rick Swartz, who opposes tracking/deporting visa overstayers and opposes employer sanctions against companies that violated immigration laws.” When he’s not doing that, “Swartz also served as an adviser to Microsoft.” 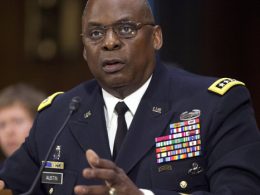 Tom Cotton and Dan Crenshaw really have it in for Lloyd Austin. On Thursday, the senator from Arkansas…
byMark Megahan 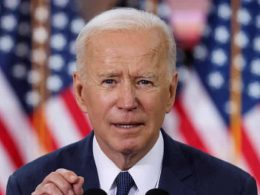