Appeasing to the Left, Lawmakers Set Curfew for Men…Not ALLOWED to Leave Home After 6pm

British lawmakers in their House of Lords are seriously considering a curfew. Discriminating specifically against men, it would put an end to popping off to the pub for an evening. Left-leaning liberals want each and every male locked safely off the streets by 6 p.m. to keep women safe.

A curfew for men

The Green Party’s Baroness Natalie Jessica Evans of Bowes Park is Leader of the British House of Lords and Lord Keeper of the Privy Seal. She’s also chomping at the bit to “create a curfew for men on the streets after 6 p.m.” On Thursday, she was rather upset that “Sarah Everard was abducted and, we suppose, killed.”

She’s taking it out on every man in the UK. If left-leaning liberals have their way, the policy will soon be embraced across the pond here in the United States.

Over in London there was immediate outrage from the opposition. “Just in case you thought I was exaggerating when I call the left deranged,” Nigel Farage notes, “this Green Party politician wants a curfew for men after 6pm at night.”

He calls it a blinking neon sign that something is terribly wrong. “A better case for reform of the House of Lords has never been seen.” Nigel Farage holds a predominant spot in British politics as former leader of their Independence Party.

Susan Hall, who is Conservative leader in the London Assembly was just as shocked. “OMG the world is going mad. The greens are thinking about a curfew for men after 6pm at night – I’ve heard it all now.”

The policy seems to be gaining traction. Another member of the Green party, Baroness Jones, insists that a 6pm deadline for men to be off the streets would make women feel safer at night. A colleague, Welsh First Minister Mark Drakeford, agrees, noting that he “would consider taking dramatic action in some circumstances.”

“If there were a crisis, and you needed to take dramatic action that allowed that crisis to be drawn down, then of course you’d be prepared to consider all measures that would make a difference.”

He’s all for the curfew. “People need to be safe and to feel safe and that’s absolutely the sort of society we wish to create here in Wales.”

Sir John Hayes, who chairs the Common Sense Group of Conservative MPs isn’t happy they are even having this conversation.

The curfew quarrel has turned into “one of men vs women.” Not only that, “it detracts from the bigger issue about how we deal with people who commit the worst kind of crimes and how we prevent those crimes in the first place.”

OMG the world is going mad. The greens are thinking about a curfew for men after 6pm at night – I’ve heard it all now 🤦‍♀️ pic.twitter.com/3v8njWgOtr

They found a body but haven’t confirmed who it is yet. “Human remains – which have not yet been identified – were found in an area of woodland in Ashford, in Kent, on Wednesday.”

While they think about curfew lockdown for all men, the big suspect turns out to work for the police. “A serving police officer has been arrested on suspicion of murder, kidnap and on a separate allegation of indecent exposure.”

This is what the British like to call “the thin end of the wedge.” American’s need to be extra vigilant that the blade of the ax doesn’t come down on our necks over here, as another one of those Imperial Palace decrees that His Wisdom Joe Biden signs faster than they can be stacked in front of him.

Thousands of angry Australians have taken to the streets of Melbourne, Victoria, Australia to protest yet ANOTHER extension…
byMatthew Holloway 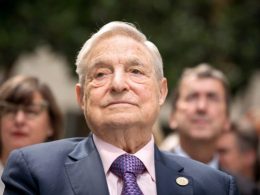 A replacement for the aging far-left financier George Soros has emerged from the depths of the swamp, and…
byAnastasia Boushee 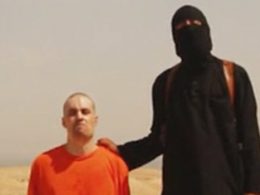 In 2014, three American citizens were abducted from Syria by the Islamic State of Iraq and al-Sham (ISIS),…
byMatthew Holloway